The Economics of Renewable Energy

The Economics of Renewable Energy

Here we discuss the economics of renewable energy. renewable energy, also known as green energy has been a growing trend around the world for a few years now. as the global population rises and technology advances, humans are consuming more and more energy as time passes. and we must find sustainable solutions.

Ensure renewable systems allow us to gather energy from sources that are naturally replaced at an equal or greater pace than is being used. but with any major shift in an industry, especially, one as far-reaching as energy one concern is bound to arise money is renewable energy worth the investment, and what are the economic benefits.

Renewable energy indeed tends to have a higher initial cost, but once a system is set up, it tends to be very cheap to run. since the energy being farmed is usually free, most of the remaining cost is just maintenance and upkeep.

It’s also important to note that the cost of installing renewable energy systems continues to drop making them more accessible. for example, the cost of solar power has dropped by nearly 75% since 2010.

The International Renewable Energy Agency (also known as IRENA) believes that the cost of solar power will drop to half of what it currently is by 2020. adding that they believe the most efficient solar and wind farms will be operating at 3 cents per kilowatt-hour or less by then. this will potentially put renewable energy at a lower cost and traditional fossil fuels.

Currently, fossil fuels operate at anywhere between 5 to 17 cents per kilowatt-hour. it’s not just the cost that’s been improved the International Energy Agency announced in 2016 solar panel capacity rose by 50%. the organization believes that the capacity of renewable electricity will increase by another 43% by 2022. According to the International Electrotechnical Commission (IEC), this would total to half of the global capacity of coal power.

Now to address the inevitable question, what about natural gas. natural gas is indeed cheaper than renewables on average. but there are a few problems with its use. economically natural gas prices aren’t all that stable. because most of the investment in the renewable system is in building a rather than operating it, the cost of renewable energy can stay relatively stable compared to fossil fuels.

From a different perspective, even though natural gas plants produce less carbon dioxide than coal plants. the extraction of natural gas releases methane. which is far better at trapping heat than carbon dioxide is. the contribution methane makes to global warming, creates unpredictable climates that even further reduce the stability of the energy market. at the end of the day, one thing is for sure natural gas is a finite source. due to being a fossil fuel what we will use it up far faster than we can get it.

Although, natural gas is cheaper right now. this will likely not remain to be the case. we will eventually run out of fossil fuels and renewable options continue to become cheaper and more viable every year. as of 2018, renewable energy accounts for 20% of the world electricity. according to the World Economic Forum.

But what about jobs? while renewable energy is a relatively new industry, it does create a lot of jobs. occupations and renewable energy range from project coordinators, to managers, to technicians and in some cases even software developers. in 2017 IRENA reported that there were over 9.8 million people employed globally in the renewable energy industry.

The United States Department of Energy has stated that the number of people employed in the solar industry rose by 25% in 2016. adding that employment in the wind sector had risen by 32%. workers in this field aren’t the only ones that benefit. job creation stemming from this field includes the suppliers providing the materials needed. those who leased their land such as farmers can also obtain additional income by allowing solar and wind farms to be built on their property.

In the past, renewables have been seen as a wasted investment. but times have changed, and so have the prospects of renewable energy. according to the UN, China invested 103 billion dollars into renewables in 2015. they were followed by the U.S. at 44.1 billion, in Japan at 36.2 billion dollars.

BCC, a market research company reported that they expect renewable energy to be worth over 777 billion dollars by 2019. renewables have become a relatively safe investment due to rising energy demand, lower manufacturing costs, and constant technological advancements. 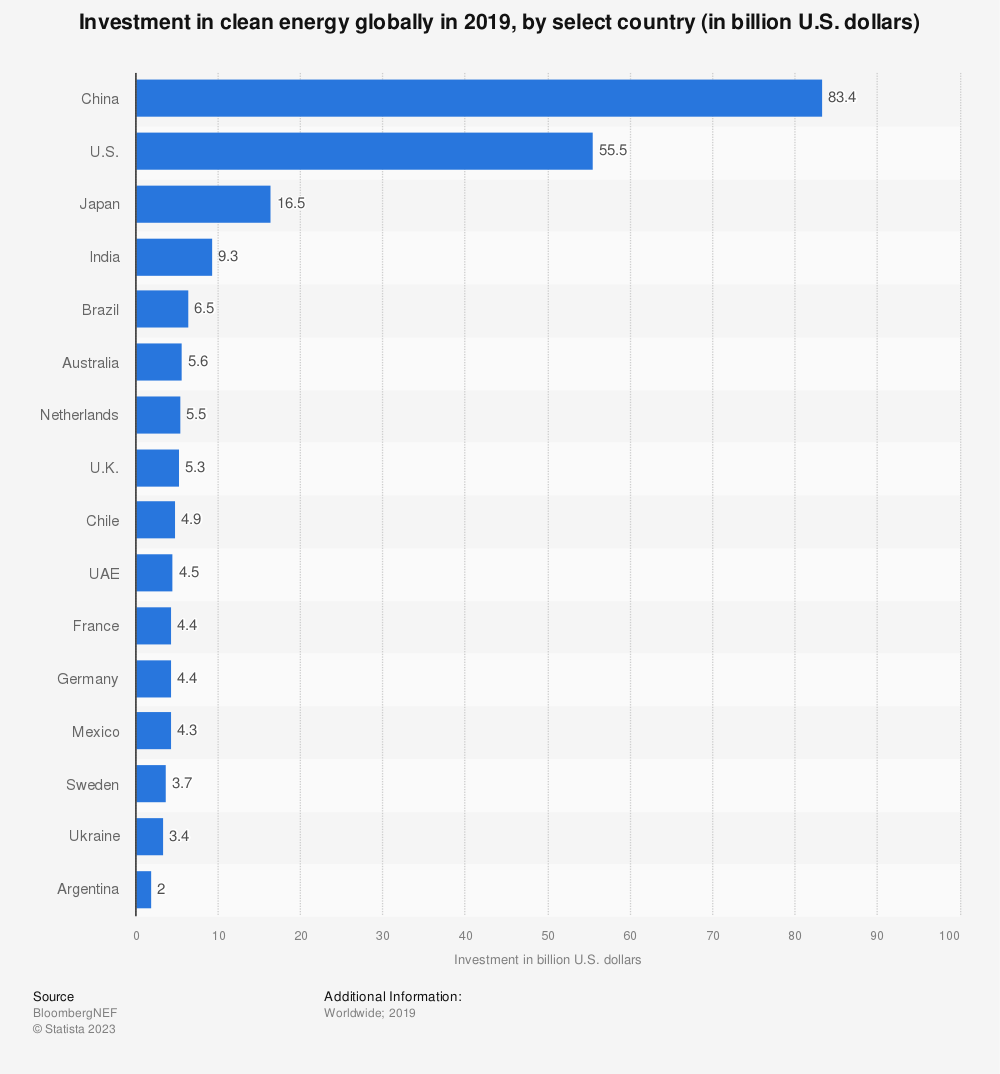 However, the U.S. has chosen to withdraw from the Paris agreement, other growing countries such as China and India have taken initiative and the renewable energy industry is still growing. some countries such as Norway already generate over 98% of their energy through renewable sources. as technology advances and the costs continue to drop, renewables will continue to expand around the world.

You may also like to read: Renewable Energy Subsidies: Pros and Cons.

Billions of Dollars Being Spent to Confuse You About Renewable Energy

Making a Career in the Renewable Energy Industry

Billions of Dollars Being Spent to Confuse You About Renewable Energy

No Result
View All Result